I'm Tyjos, I've been on MFC for a long time and I've been collecting for most of my life and collecting is my main Hobby.

Update 12/6/21: At this time am finishing with collecting Anime and devoting my time, finances, and mental focus to other things next year and am departing the Anime Collecting Hobby for now.

Time to move onto other things next year.


Now that the Cargo 744's are back and flying out in the afternoon I'll spend more time out and enjoy my time outside.

Going back to taking photos outside next year and most of my aviation photos are here on my Flckr www.flickr.com/... this is my other Hobby and I haven't done it much this year because of being inside a lot.

When the weather allows it I'll be outside more and inside less.

12/4/21: Now with one of December's Pre-Orders shipped and down to waiting for the last pre-order for the year later in the month can focus my collecting efforts on local shopping and pick up what I'm after online and will finish this year's collecting next week.


I'm just a simple casual Anime Fan and a Casual Collector now, doing what I can to stay relaxed and chilled out.

I need to rewatch Fate Anime and watch more Anime so over the next few months will be busy diving into older series.

Working on staying Chilled Out and Relaxed, will be spending less time plugged into this site and more time away from the Internet and doing what I can to relax and avoid stress.

Moving on to watching more Sci-Fi Anime, always wanting to rewatch Macross Frontier at times but gotta watch other Anime since my Anime viewing list keeps getting bigger.

Going to start watching Gundam 0083 Again too and maybe start up a Gundam Zeta Rewatch. 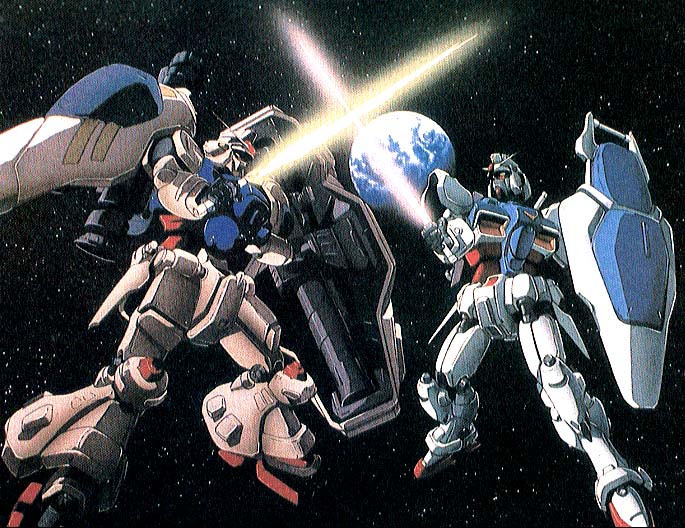 Still working on trying to fix my sleep but not having much luck.

Now that this collection has hit 500 in size there isn't that much left for me to get for it so have no need to stick around MFC for a time and just have to break out of my habit of blogging here because it's a waste of time to me the more I think about it so may finish up with that when I hit 180 Blogs and while I'd love to stop when I hit 200 Blogs don't feel it to keep it up with blogging about Collecting Anime/Anime for another year.

Working on watching new Anime on the weekends and watching older series I like and enjoy during the week, I need to watch more Anime.

Feels like there's never enough time in the week to watch all the Anime that I want to watch.


Current Collection Display as of 11/20/21: Finished with Anime figure shopping for this part of the year.

With 2021's collecting finished up if I do collect anything in 2022 it may be a few Fate Prize Figures.

Tamamo is my favorite Servant and I need to get more Tamamo for the collection too later this year, I love foxgirls/kitsunes and Monster Girls so she was an instant fav when I saw her in Fate/Extella.

I am spending more time watching Star Trek and enjoying reading Manga and I've been getting into playing Visual Novels/Eroge and watching the older Anime series that I love.

I am trying to work on spending more time these days offline and I don't have Facebook,Instagram,or use any other sites and the only thing I do use these days is Twitter so I am working on focusing on watching Anime and Trek these days plus chilling out.

My Old Collecting Blog tyjos84.wordpre... It's pretty much finished but I'll be updating that every once and a while since I won't be doing a lot of blogging here next year.

My interests in Anime are focused on Series from the 90's-2000's and Mecha and Scifi Anime are my favorite series.

Some of my favorite things with collecting figures are getting Catgirl figures and I enjoy figures in Pilot Suits since I love Mecha series and Transforming/combining Mecha are among my favorites.

Fate is one of my favorite Anime series and my favorite Saber is Saber Nero, fell in love with her because of playing Fate/Extella and that was a fun game to me.

I love to collect certain series like figures from the Shining Video Game series and those have been favorites of mine for a long time, Xiao Mei is one of my favorite characters from that series plus I love her figures plus love Tony Taka's artwork and designs.

I spend a lot of time watching 90's Anime and those series are wonderful to watch, Toonami is what helped me to get into Anime in the late 90's early 2000's so the older shows are always my favorite ones since I'm finding newer Anime doesn't hold my interest for long and end up going back to older series to watch.

My favorite Mobile Suit Gundam series is Gundam 08th MS Team and it's been one of the series I rewatch often.

Another favorite Mecha series of mine is MuvLuv and that's one that has caught my attention over the years due to the Mecha Designs in that series plus I love the Pilot Suit Designs.

I love Anime based Video Games and that's part of what lead me to collecting Anime figures, Final Fantasy is one of my favorite series of Games and Xenosaga is my favorite JRPG based game series.

Kos-Mos and T-elos remain my favorite Video Game characters and their figures are my favorites in this collection, I love their costume designs.


Overall my interest in Anime is based on Games and Mecha/Scifi series, I love that Fate has become one of my favorite series over the years.

I love Scifi based Anime and there isn't a lot of those series out there these days so the older series hold my interest a lot more than new series do.

I'm a Trekkie more than I am an Anime fan these days and Star Trek is the main series I focus on and am watching Star Trek every day and as a Sci-Fi fan I'm watching other series weekly and binging a lot of Scifi.

Chilling Out is my primary objective these days.

Working on relaxing and reading Manga and since I spend a lot of time working on getting unplugged from the Internet my interests in Visual Novels have gone up and I've been replaying MuvLuv fairly often recently finished up playing Muv Luv Altered Fable and have some other games to play so hoping to spend more time playing games later this year and I'm looking forward to the Muv Luv Alternative Anime coming later this year. Current Focus for Anime is Mobile Suit Gundam it's my top favorite Series and Gundam 08th MS Team, Gundam SEED,0079,and Gundam Wing is are some my top fav Animes.

Thanks for Stopping By!

This bit of Spock Wisdom has helped me to keep things under control with the collecting Hobby, it's one of my favorite Spock Quotes.

"Having is not so pleasing a thing as wanting, it may not be logical but it is often true."

victorviper
Happy birthday. Hope it's a good one.
2 maand(en) geleden