If you wish to friend me great; but before we get there let's start by having a conversation first. Then we can work our way to what could become a great Internet/ MFC friendship. Once we have communicated and learned a little about one another I will gladly accept friend requests. Random requests will simply be over looked.


Thank you for the support from everyone to get me here. I hope that you find the blogs that I write creative and interesting to read.

Before I run down the last 3 years that have been on the site I would like to mention that I am no longer accepting random Friend requests. If you are willing to have a conversation then great send me a few messages first lets get to know one another before sending a FR. Not that one can have to many friends but friends just to say you sent a FR is not a Friend in my book. If I accidentally removed you from friends then please send me a message. Now that that is out of the way.. A little bit about me.

A rundown of the past 3 years. I was new to collecting only a few years ago. I was blind to even start to think I would know anything about what it meant to collects Figurines. Case and point my first purchase a very nice ( Fake ) Moka Akashiya. 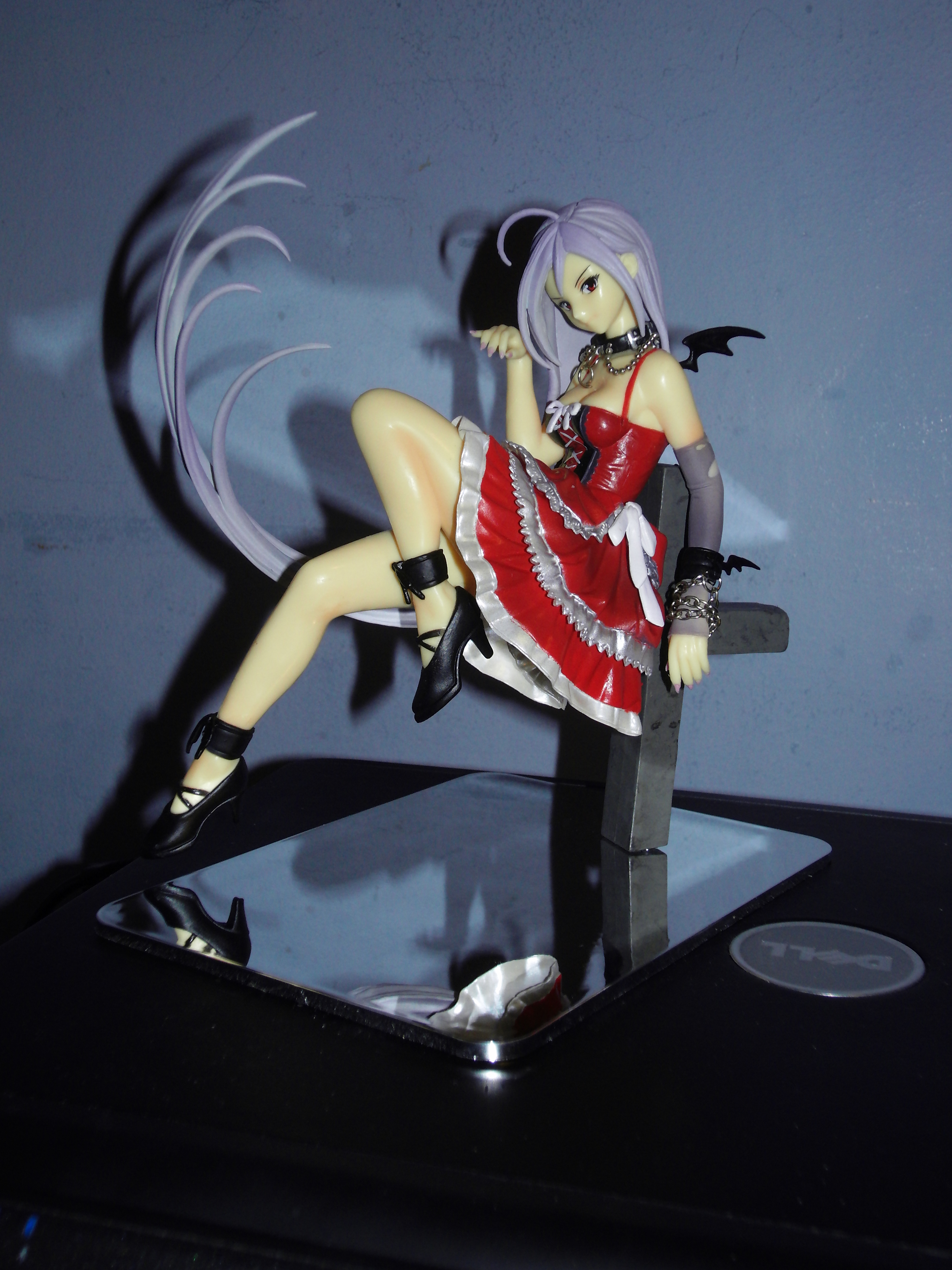 Now about myself I am not rich by any means of the word I grew my collection like most of you over time though Sometimes I dipped into savings that I should not have. Bad on me !!! But I got the figurines that I wanted. I have slowed my purchasing in 2015 as I realized just how much money I was actually sinking into the hobby and unfortunately a hobby does not pay the bills. Well most of the time. There are exceptions where people can actually manage to turn their hobby into a great business but that takes guts and will power to keep it going. I am of the older generation that watched anime back in the 80's and 90's when I was able to get a hold of them on VHS tape. if you do not know what that is don't ask you are too young and most likely will not see that anymore. I am happily married And though my wife accepts this collecting of scaled figurines I have she draws the line at nudity. So my collection is very Echii but not full on nudity out of respect.

Below I listed a few of the animes that I love to watch and that have grown into part of what my collection consists of.

I am an easy person to talk with and if you have any questions on the site or me please just go ahead and ask If I do not have a site answer I will ask someone that will be able to help you out. If it's about me I think I can manage that one alone.

Thank you all for the hits and for reading my blogs.

RadicalSonic58
Sorry for the late reply but thank you very much! :)
18 dag(en) geleden

Tarthos
Thanks! I didn't see it all the way back there but thank you none the less!
20 dag(en) geleden

HatsuneCaprice
Thank you really much! It's been a while since I last came here.I really hope MFC would come out an app.
22 dag(en) geleden

Thunderr
Thank you for the kind wishes :D . I hope that you're having a good day too.
23 dag(en) geleden


I'm just getting rid of a few bunnies and making space for the new ones (even if they won't be here for the next several months due to delays). I do love them and hate to see them go, but I have plenty of new ones lined up.

How are you doing nowadays? You can PM me to continue this conversation!
1 maand(en) geleden

drowranger ☆keelerleah☆
Thanks so much!
Thanks for the friend request too. You have such an amazing figure collection!
1 maand(en) geleden

BHEITHIR
Thank you so much for your kind words!
I hope you have a wonderful day as well!
1 maand(en) geleden

sailormatlac
I consider this figure to be a "what if" version and not something to be tied directly to the anime design. Such a 1/4 figure has already been produced by FREEing without fishnet, true to the original character design (and now costing a handsome sum of money on the aftermarket). It is my opinion the bunny version looks better in terms of facial expression and pose. I kind of understand your point about the dark contrast, but at the same time, it does replicate the same contrast between her very dark hair and blue twintail ribbons. Personally, it doesn't bother me, but I certain can see why it can be a deal breaker. I feel bunny figures often looks incomplete when fishnets are missing, but it's a matter of personal choice.

As for a second version without fishnets, I'm not sure it will happen. They did it for Saekano but I'm not sure if it was popular and could become a recurrent thing.

Hope my thoughts can help a little bit!