lorddralnu3 jaar geleden
This picture is not suitable for people under 18.
I'm over 18Verberg

DragonFafnir
Thanks ya, I found it you have to click the number to get them all to show up. I'm new to this site sorry for the trouble.
5 maand(en) geleden

All 6 figures are already in "Related Items".
5 maand(en) geleden

Heavenly_Otaku
Kamiizumi • 1 jaar geleden • #43977317, Thanks for sharing your opinion. I see reason in what you say. Perhaps it's the nude inviting pose of short girls with no breasts and ass that gives off the peodo appeal. One could be lynched if caught with these as far as I know, so yes it does depend on the culture as how far people are willing to protect their children from chances.
1 jaar geleden

Oh yes, us cat owners know this term very well. Whenever one of my cats jumps on my precious loot I always use good ol' "cat-Off" command and try to convince the cat to leave my stuff alone! =^.^=
1 jaar geleden

However it depends on each country. For example, there's nothing wrong when the whole figure comes inside the box. If you look at the illustrations of the box, there's no way to say that there's an infringement (i.e. Child Pornography). As it is inside the box, the figure is covered. So unless you are a figure fan, and know about the term ''cat-Off'', there's no way to say that the figure is ''completely nude''. Also, there's no act of ''abuse/pornography'' going on... it is just a quasi-nude girl (of unspecified age also, one just can guess because of the figure's appearance). If it's for the quasi/nude girl debate, then no-one (not even parents) would be able to keep any photo of their children, when completely nude... because that would be considered ''child pornography'', and prosecuted under domestic laws. Unless the local law explicitly forbids something like this (apparent children nudity in figures and art/mangas), and explained in detail... then it is not prosecutable. Of course, that doesn't mean that a certain individual can have personal objections, and possibly report it... but that clearly depends on how each country works. If this doesn't cause any noise in many of the big asian countries, then for them it is not a problem. However, in other countries culturally different to the Asians, reactions can differ in each country. I, personally, have never had any kind of ''feeling'' towards lolis and things like that, but at times i cannot deny i would like to have a figure like this, because it's something different and... ''controversial'' xD (depending the country). However, considering the country where i live, i prefer not to acquire the figure by myself, i would rather try a seller (and possibly, take into account any recommendation beforehand)... Or better just forget about the hype, and try an adult figure (Daiki, Skytube, Native, etc), if it's for the Cast-Off feature.
1 jaar geleden⊛

Cr4zyDuck
I had a bad day, until I saw your picture.... amazing my friend =)
1 jaar geleden 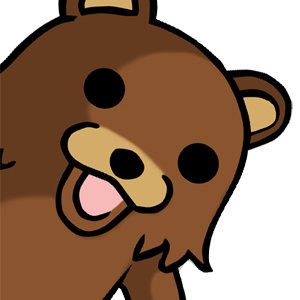 Bron dat.2chan.net
If you are the owner of this picture and want it to be removed, please send your request to contact@tsuki-board.net.