StaticBreed
Yeah but, it's union creative, it will look 30% worse than the actual pics for sure.
10 dag(en) geleden

Pancakes
Hmm really liking this! I already have Asukas that I think are the best but never found a Rei that made me feel anything. It must be the cute smile ^-^
I just need to know the scale now.
22 dag(en) geleden

arecibo
Sadly you can't see if they are holding hands like in the cover image. I hope they included that, that would be cute.
4 maand(en) geleden 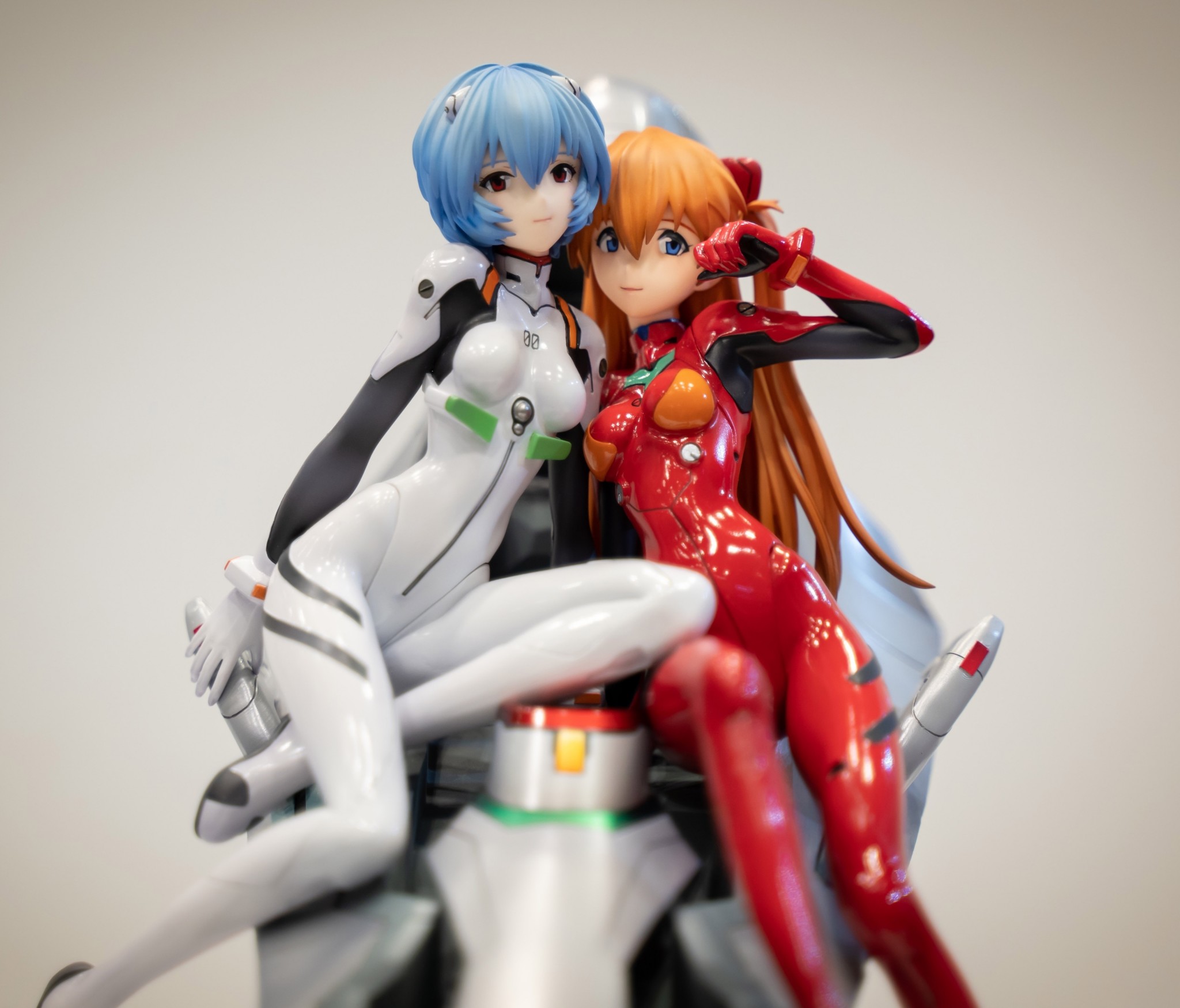 This last one I posted seems to have the highest quality yet.

Asuka's expression makes her look like she finally let go of all her mental problems lol.

I'm REALLY hoping they won't screw this up!!
4 maand(en) geleden

Looking at it now, Asuka's gentle expression is growing on me, but I'm still not sold 300% on her.

On the other hand, the more I look at Rei, the more I'm convinced that this is going to be worth every penny :3
4 maand(en) geleden

rogue_g
Thanks for the new pictures!

The new angles look a lot better, but also confirms my suspicion with Asuka's sculpt that it was more than just lighting. Her face still looks flat in the better lighting because they rounded off her jaw line. It would have been less obvious if they kept the same face pose as the concept art, but they decided to turn her to face Rei more and the entire left side of Asuka's face is more visible and looks rounded off. What worries me is that is how Rei's face is, she's more rounded for that doll look Anno was going for, but Asuka is definitely more angled and they don't look any different here.

Hopefully(?) they tweak the design enough in the final product, because Rei really does look about the best she ever has as a scale figure here. Stunning job by Union Creative, which is why Asuka feels like a let down and maybe(?) a compromise they are considering for manufacturing. Use the same base face mold shape to cut down on casting costs. It would be a shame if that is what's happening and they push that through into production.
4 maand(en) geleden⊛

Asuka's face looks a bit better, but I'm still not sold on her.

Maybe the lack of eyelashes is the cause of the "flat" feeling.

Rei, on the other hand, looks so good I could cry.

Let's just hope we'll get some better pictures soon, and that of course the finished product will give this prototype justice :D
5 maand(en) geleden⊛

estoma
I was worried about the paint job and how they would look, but I'm now certain that I NEED this.
5 maand(en) geleden
Bekijk meer berichten